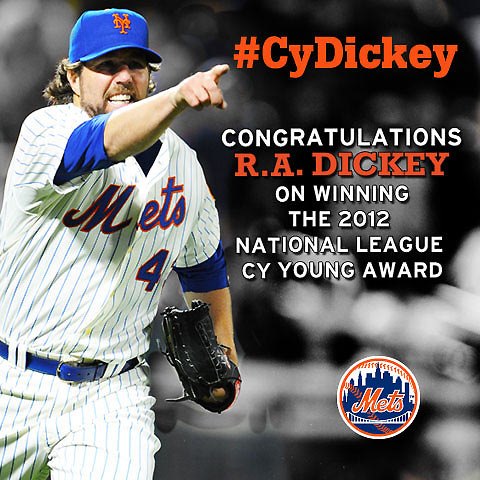 Yes, that's the best hashtag of the year. (Follow us @Ziskthebook, by the way.)

It's been a bizarre few years being a Mets fan. 2013 isn't going to be much better. Logically, trading R.A. Dickey and David Wright for a haul of prospects as the front office focuses on 2014 as the time to contend make sense. But as Newsday writer David Lennon Tweeted tonight, "May be naive of me, but can't the Mets at least wait until midseason to deal Dickey? Let him get trophy and pitch Opening Day. Save some face at least." I realy, really would like to see that happen. Which, of course, means, Dickey will be gone by Thanksgiving.