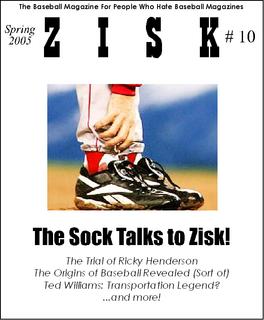 Publisher’s Note:
Much to my parent’s chagrin, I grew up pro-union and have remained pro-labor ever since first becoming a union member over a decade ago, when I was working as a library clerk at Columbia University and subsequently as a public school teacher. But in my role as co-publisher of Zisk I’m on the other side of the table: I’m management. As you may have read in the trades, we’re at odds with the writer’s union that represents Zisk’s contributing writers. A number of writers have been accused of taking performance-enhancing substances, both on and off the job. (We’re told that you can tell which are articles are juiced [we can’t tell the difference; we’re as surprised by these revelations as you are].) We’ve been testing writers for two years now and it is our desire to initiate full disclosure—we want to release names, we want to mark past articles with asterisks—but the union won’t concede a thing.

We’ve weathered scandals before. Back in 1887 there was the “Worthy of Aspersion Four” (aka The Nefarious Beer Swillin’ City Dwellers). We endured allegations of gambling during the “Shame on You Six” trial of 1919 and took another hit during the “We’re Appalled That Half of Baseball, Like Half of American Society, Is A-Gettin’ High” hearings of the mid-80s.

Yet through all of those incidents one notion prevailed: Zisk writers are great people, better people than you and me, role models, even. They’re the guys you want living next door, marrying your daughter, and joining you for the weekly round of golf. And they always deserve our immediate and unconditional forgiveness. Sure, we’ll scold them for awhile, even wag our fingers at the really bad ones, but once it’s time to crank another issue it’s time to forgive and forget—there’s money to be made, after all.

In other news...Zisk is now on-line at: ziskmagazine.blogspot.com. You’ll marvel at the abundance of articles from past issues (and make Steve feel like his work building the site has been worthwhile!). To launch the site we’ll be ripping off Stewart O’Nan and Stephen King’s Faithful, their daily chronicle of the Red Sox miraculous 2004 season—only we’re saddled with the ’05 Mets (who traded for Kaz Ishii—the only pitcher in history to have a 5.00+ ERA in Dodger Stadium—and we’re still stuck with Victor “Older, More Expensive, and Yet Less Effective Than Scott Kazmir” Zambrano). We’ll be posting our insights into each Mets debacle on a remarkably close to daily basis. Tune in, won’t you?

Rants from the Upper Deck by Steve Reynolds

My 5 Most Miserable Experiences at the Ballpark by Jake Austen

Even in the Origin of Baseball...You Don't Know Nuthin' by John Shiffert

We Are Family by Tim Hinely

Hey, Talk to the Sock! by Steve Reynolds

Getting Over the Hump by Kip Yates

The Trial of Ricky Henderson: A Two Act Play by Mark Hughson