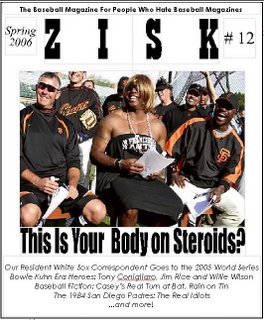 Our good friend Mike is a renown wine connoisseur. His refrigerated wine cellar is stocked with his favorite reds (he keeps whites on hand only for close friends). His credentials are impressive—he judges at the Villenave-de-Rions Wine Festival and contributes to California Wine Maker—but what’s most impressive is his wealth of knowledge of all wines; the ones he loves and the ones he loathes, he knows them all. Makes sense, right? Civil war historians don’t just study the people they admire, they cover both sides of the conflict—this is what separates the historian from the re-enactor.

We here at Zisk are forever in search of new ways to deepen our appreciation for the national pastime and more specifically our beloved hometown Mets. Last year on the Zisk website, we blogged (yes, we’re thinking it’s now a verb) the exploits of that 83-79 team each day. We learned a lot about those Mets—it was our very own 162-day afterschool special.

But how to top ourselves? How to maintain our creative interest while still pleasing our audience? Well, taking a page from the David Bowie/Madonna book of career reinvention: we fake English accents, put moles on our cheeks, and tweak the way in which we cover our Flushing favorites. Last year we followed one team. This year our initial plan was for each of us to follow one player—for Steve, it would be David Wright; for Mike it would be Pedro—through his ups and downs of the 2006 season. But it’s a given that we would have focused on those guys anyway, and that would have left us repeating what we did last season. Wright and Pedro are our favorites, our Grant and Sherman (though neither has taken office as an inebriated president nor has either of them torched Atlanta—hell, they can’t even defeat a guy named Chipper yet alone the entire city). But what about the Jefferson Davises and the Braxton Braggs of the Mets? The guys we want to see secede from the club? The players who will have us throwing our cats at the TV and going John Wilkes Booth on our loved ones? Couldn’t we learn from the travails of Victor “The Human Base on Balls Machine” Zambrano? How about Kaz “I’ve Got Roger Cedano on Speed Dial” Matsui? Logic says no, we say yes.

Our plan is to write about the Mets 2006 season with a strict focus on the endeavors of four players, Wright and Zambrano (Steve) and Pedro and Kaz (Mike).

Join us as we figure out whether the upcoming season is a vintage merlot or a big bottle of backwash-filled thunderbird. And enjoy the new issue.
—Steve & Mike

A Bandwagon Jumper's Guide to the White Sox by Jake Austen

Now These Were The Real Idiots by Throm Sturmond

The Case For Jim Rice by Josh Rutledge

Rain on Tin by Jackson Ellis

Mighty Casey by Peter Anderson
Posted by Figgsrock2 at 8:08 PM